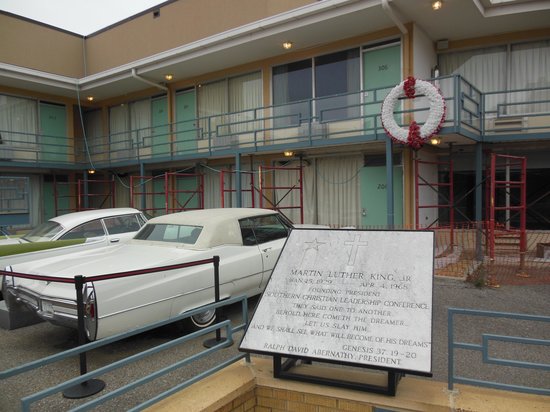 No funny on Sunday today, just a personal note. 12 years ago, almost to date, my wife and I were traveling through the US for our honeymoon. The biggest part of our trip was route 66, but as we are both music lovers, we did a detour to Nashville and Memphis. It was in Memphis, just after visiting the Stax-studios and the National Civil Rights museum that it hit me, well it hit the both of us.

We were having a hamburger and a drink in a diner close to the hotel where Martin Luther King was shot. Nearby where we sat, there were some older black people also having lunch. They were in their late sixties, early seventies I guess. We realized that they had experienced the segregation. While for us it seemed like a strange and ancient history, it wasn’t.

Since that moment I’ve seen how this all is still a work in process. A process with sometimes big wins, such as an African-American in Office, sometimes with big setbacks. But a process that can’t be stopped.

As an European it’s flabbergasting to see symbols of our own awful past marching through the streets of Charlottesville, by doing so bringing together the worst of our combined histories. Symbols for ideas that are sadly enough also still popular with small groups in Europe, even in Germany.

But this old song adopted by the Civil rights movement says it all: