It must have been 2012 when I first read Rousseau en ik (Rousseau and me) by Dutch philosopher Maarten Doorman. While it’s impossible to underestimate Jean Jacques Rousseau’s influence on our thinking about education and raising our children, I discovered that he was instead a jack of all trades but master of none. And then there was also that other dirty little secret… 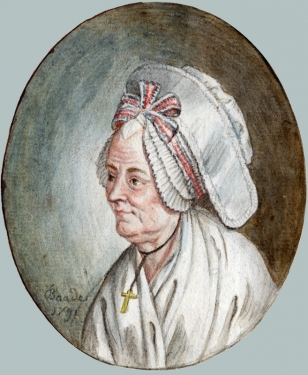 There are still people who have doubts about the story, but the story goes that Jean Jacques Rousseau has forced his wife – also a complicated story – Thérèse Levasseur to put their five children up for adoption. It seems to be the case that Rousseau never even saw the babies. Rousseau admitted this much in his book called Confessions. Some quotes are taken from that book:

Never in his whole life could J. J. be a man without sentiment or an unnatural father. I may have been deceived, but it is impossible I should have lost the least of my feelings. Were I to give my reasons, I should say too much; since they have seduced me, they would seduce many others. I will not therefore expose those young persons by whom I may be read to the same danger. I will satisfy myself by observing that my error was such, that in abandoning my children to public education for want of the means of bringing them up myself; in destining them to become workmen and peasants, rather than adventurers and fortune-hunters, I thought I acted like an honest citizen, and a good father, and considered myself as a member of the republic of Plato. Since that time the regrets of my heart have more than once told me I was deceived; but my reason was so far from giving me the same intimation, that I have frequently returned thanks to Heaven for having by this means preserved them from the fate of their father, and that by which they were threatened the moment I should have been under the necessity of leaving them. Had I left them to Madam d’Upinay, or Madam de Luxembourg, who, from friendship, generosity, or some other motive, offered to take care of them in due time, would they have been more happy, better brought up, or honester men? To this I cannot answer; but I am certain they would have been taught to hate and perhaps betray their parents: it is much better that they have never known them.

My third child was therefore carried to the foundling hospital as well as the two former, and the next two were disposed of in the same manner; for I have had five children in all. This arrangement seemed to me to be so good, reasonable and lawful, that if I did not publicly boast of it, the motive by which I was withheld was merely my regard for their mother: but I mentioned it to all those to whom I had declared our connection, to Diderot, to Grimm, afterwards to M. d’Epinay, and after another interval to Madam de Luxembourg; and this freely and voluntarily, without being under the least necessity of doing it, having it in my power to conceal the step from all the world;

Everything considered, I chose the best destination for my children, or that which I thought to be such. I could have wished, and still should be glad, had I been brought up as they have been.

When you’ve read this, this quote taken from Emile can leave a bad taste in your mouth:

Instead of the difficult task of educating a child, I now undertake the easier task of writing about it.

Emile was written long after what happened to his children, and the message in the book both seem to support and contradict the path he chose for his children. He didn’t want his children to be corrupted by education. Still, were his actions an example of putting the child first? Was it correct to think that his children be better off in the foundling hospital? I learned from the investigations into Elisabeth Badinter’s work with fellow students that it was a well-known fact in that time of age that a lot of children wouldn’t survive this approach. Rousseau as a man of his world, would have known this. Badinter also states that Rousseau is responsible for something else, described as the modern view on motherhood.

The past few years, I had the idea to develop a lecture for the theater based on the two Urban Myths about Learning and Education books I co-wrote with Paul Kirschner and Casper Hulshof. The plan was to combine this with live music. While writing the lecture, I discovered many links between famous and lesser-known songs and many of the myths we researched.

But I liked to add also some of the dirty little secrets such as this Rousseau story. But instead of linking to an existing song, this story inspired me to write a brand new tune called Was it Worth it. I wanted to give a voice to Thérèse.

The song became a last-minute addition to the new album I recorded last year with my band Blue and Broke. This new album is expected later this spring. Was it Worth it had such an impact on the band while recording, we decided it to be the first single. This single was released this week. This is the video that Augustijn and Melissa made to the song:

I took some liberties while writing the song. I don’t know how Thérèse really reacted to the decisions of her (semi-)husband. I also tried to find the actual names of their children but couldn’t find them. So I chose the names myself.

P.S.: there were try-outs planned this spring for the Dutch version of the theater lecture. Because of some kind of virus, these try-outs have been postponed. Would I like to do a tour in English? You bet!