This morning my dear friend Paul Kirschner tweeted this conversation:

Look at the time stamp of the last reply by Sugata Mitra in that conversation.

I also weighed in: 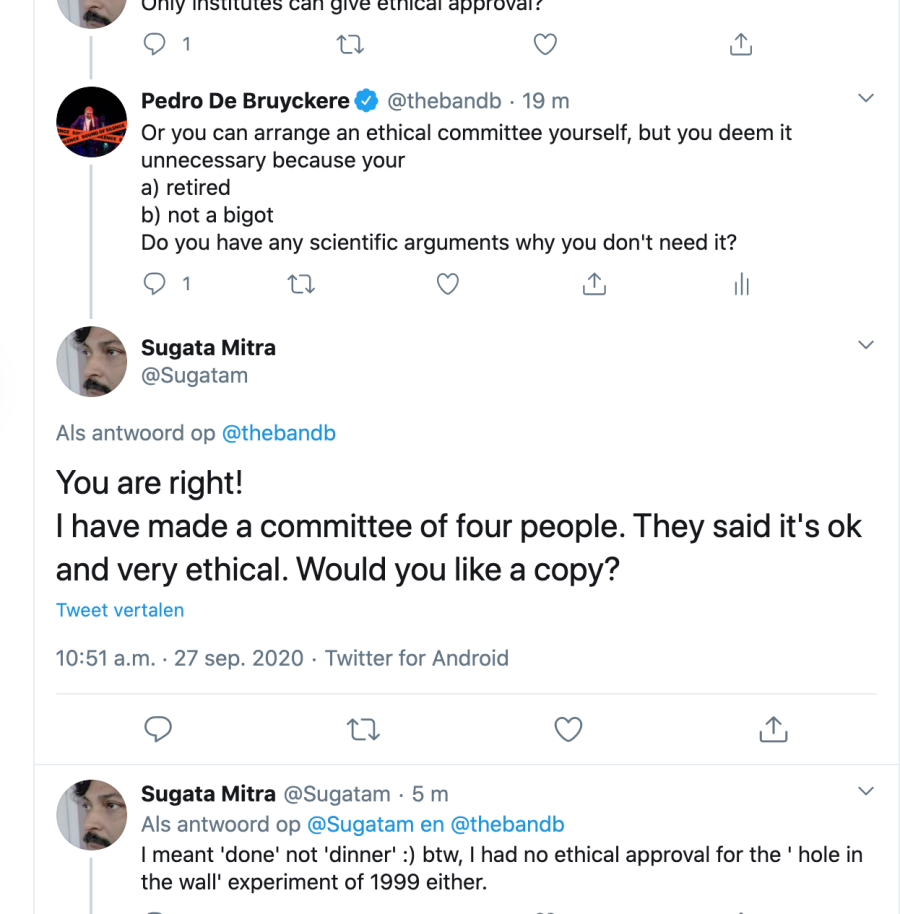 So, Mitra arranged an ethical committee in 40 minutes’ time and received approval? Or he was lying to Paul.

Btw, this was the better answer I should have given myself:

Don’t know where you are located but we (Australia) have the The National Statement on Ethical Conduct in Human Research, a set of guidelines that stops people from testing whether electrical shocks can cure autism and other brilliant ideas.

About Hole in the Wall, let’s not go into that… Better to read the new book by Stuart Ritchie Science Fictions. No really, it’s a great read!